Documentary film Untold stories is about the people who risked their lives by helping persons of other ethnic backgrounds during the time of war in the region of former Yugoslavia. The aim of this documentary film is to show that, despite the horrible war situation and the atrocities that took place, there were people who had the courage to risk their own lives by helping persons from other ethnic groups, persons perceived by many as the ‘enemy’ side. The idea for the film was born in 2004, when we recorded three stories- two from Kosovo and one from Mostar. Unfortunately, the financial situation at that time did not allow us to make a film, so we had to hold that idea to ourselves for a while. However, we continued to actively research and document the stories from the whole region of former Yugoslavia. In the end of 2007, we come in contact with Brankica Drašković, a long standing associate of our Centre, who likes the idea of the Untold stories film. She gathers a team and they start recording in the beginning of 2008. In addition to the story from Mostar, recorded in 2004, the new team records stories from Sarajevo, Livno, Mrkopalj/Drežnica and Knin.
Film was developed in the production house Arbos from Novi Sad, and was finished in the beginning of 2009.
Duration of the film is 52 minutes.

Director’s biography: Brankica Drašković graduated from the Faculty of politic sciences in Belgrade, with a major in journalism. As an experienced journalist, she was involved in realization of many TV shows and projects of TV production urbaNS and TVB92. Mrs. Drašković was author of documentary reportages, co-scriptwriter and director of inter-regional documentary TV series “RESTART”, in executive production of urbaNS and British production “Smith & Watson” from London. Brankica Drašković is author of eight documentary movies. Presently she works as an assistant at the Department for media studies at the Faculty of philosophy in Novi Sad, for subjects Research and TV journalism.

Recorded by: Jovan Milinov, Vjeran Hrpka (a story from Mostar)

If you are interested to broadcast or promote this film within your organization, institution, television or your town, please do not hesitate to contact us. 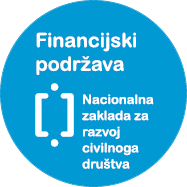